Museum Beelden aan Zee is closed from the 1st till the 8th of July due to the change of exhibithions.

Nicholas Hlobo’s first solo exhibition in the Netherlands, following exhibitions in Tate Modern in London and the Museum of Contemporary Art in Oslo

Nicholas Hlobo (Cape Town, 1975) makes installations which abound in colours, textiles and embroidery. They are reminiscent of the colourful clothing of African women. But a closer look reveals the second layer which refers to the gruesome and violent past of South Africa during apartheid and after apartheid. A past which a black homosexual artist cannot escape. Hlobo’s urge to make the history and culture of his country known all over the world through his work is inextricably connected to his native soil. Like Nelson Mandela, Steve Biko and Desmond Tutu, Hlobo comes from the traditional Xhosa community in the east of the Cape. The Xhosa community is characterized by traditions and customs which are passed on from generation to generation.

Hlobo now belongs to the vanguard of contemporary art from South Africa, along with David Goldblatt, Marlene Dumas and William Kentridge. Hlobo studied art and design in Johannesburg. He started creating autonomous works in the 1990s. The British artist Anish Kapoor was assigned as mentor for him in 2011, in the context of the Rolex Mentor and Protégé Arts Initiative.

In the same year he represented his country together with Mary Sibande at the Venice Biennale. Since then he has exhibited in the Museum of Contemporary Art in Oslo and in Tate Modern, London. The work of Nicholas Hlobo was first shown in the Netherlands in 2012, at Beelden aan Zee Museum then too, in the large-scale special exhibition of contemporary sculpture from South Africa: The Rainbow Nation.

Hlobo’s work is theatrical and suggestive, with an exuberant and baroque style. Hlobo is black and homosexual: these facts have irrevocable consequences for the place he occupies in society. He depicts the beautiful side in a soft way, using textiles, and alternates this with materials like rubber which symbolize the horrifying world of violence and humiliation. In the exhibition he shows the contrast between tradition and modernity. The exhibition’s title, Imilonji yembali (Melodies of History), refers to the history of the Xhosa culture: a culture and language with a melodic character. He reappropriates this culture, but on his own terms and conditions and in a way that suits his individuality, which has not been accepted all that long in the eventful history of South Africa. 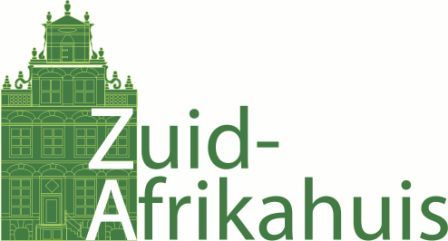