Life is a burning tire

For his first solo project in the Netherlands the Italian visual artist Nero/Alessandro Neretti (Faenza, 1980) has developed 20 new works especially for museum Beelden aan Zee. He found inspiration within renowned masterpieces from the Dutch Golden Age. With a nod to Vermeer and Frans Hals, he presents an image of the slow decline into the here and now. Nero conducts a personal examination of the dynamics in society, politics and economy, which he approaches with a healthy dose of irony and a critical viewpoint.

In the last ten years Nero has exclusively created site-specific work, with the focus on socio-economic research. He forces the spectator to re-examine prevailing interpretations and to embrace innovative conceptions. Nero likes to blend tradition and innovation, not only in the concept of his projects but also in their execution. For his sculptures he uses a broad spectrum of materials: paper, sand, cement, plastic, clay, PVC and more. He combines plinths, industrial objects and antique items into a single dissonant whole. 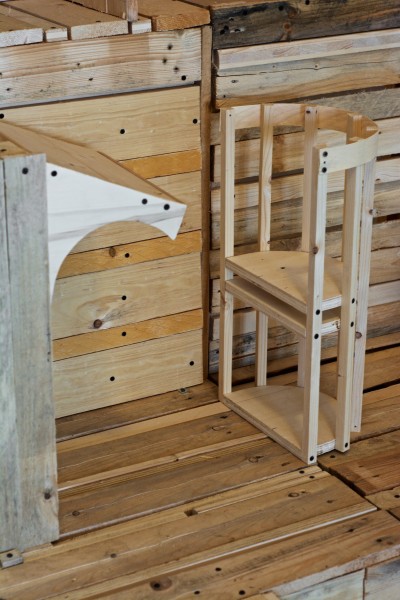 Life is a burning tire is a self-portrait from the artist’s post-real point of view. Each sculpture, drawing or installation is founded on a fragile balance between past and present. The pedestals are the constructions from which the sculptures gain their support, in the same way that the present day is supported by history. The melancholy for the past becomes painfully visible when new structures replace the originally shaky basis, and thus lead the way to an uncertain future.

Nero/Alessandro Neretti has developed artistic projects for, among others, the Museum of Arts in the city of Ravenna (2014), the Basilica Palladiana in Vicenza (2009) and the PAC - Contemporary Art Pavilion in Milan (2008). In addition he has provided site-specific projects during residences in Turkey (2015), China (2015), South Korea (2013) and Austria (2007). Nero has been awarded numerous prizes, including that for the 58th International Competition for Contemporary Ceramic Art at the MIC - International Museum of Ceramics in Faenza (2013), sculpture section RAM in Santa Maria delle Croci (2009) and the Bronze Award of the 8th International Competition Mino, Gifu Museum of Modern Ceramic Art in Japan (2008). He was also selected in the LISSONE prize at MAC - Museum of Contemporary Art Lissone (2012) and the Graphic Award at Villa Pacchiani, in Santa Croce (2014).